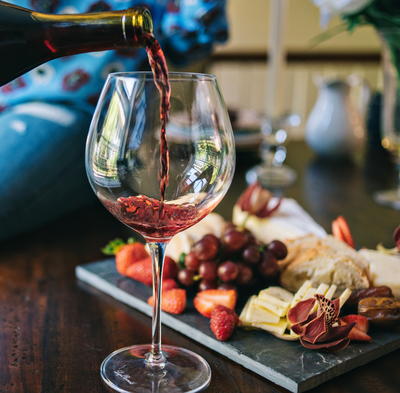 Learn about Merlot wine
This image courtesy of thewinebuyingguide.com

Smooth. Approachable. Great with food. What’s not to love about Merlot?

During the early 2000’s, wine lovers actually found a lot to dislike. Mass produced bottles of Merlot in the United States often lacked flavor and nuance, earning the varietal pariah status in some circles. Paul Giamatti’s line in Sideway says it all: “If anyone orders Merlot, I’m leaving.”

Over a decade later, the dislike of Merlot has faded. Winemakers are producing great bottles of this wine, which is smooth and enjoyable. It may not be as trendy as Pinot Noir or Cabernet Sauvignon. But, if you want to relax and enjoy a red with dinner, reach for a Merlot.

We have great ideas for pairing wine with your favorite takeout foods, from pizza to Pad Thai. After all, what’s the point of takeout food, if you can’t find a complementary wine? 9 Takeout Food and Wine Pairings

Quick, what is Merlot?

Merlot is a medium-bodied red wine that is made from Merlot grapes. The wine is approachable, smooth, and has low tannin levels. It may show flavors of cherry, with accents of plum and tobacco.

What foods pair with Merlot?

Merlot is great with food, and it is versatile. It pairs with a wide variety of foods, including chicken, roast beef, pasta with tomato sauce, casseroles, and roasted vegetables. Bolder, fleshier Merlot wines from California will pair well with richer meals, such as cheeseburgers and braised short ribs.

Where does Merlot come from?

Merlot originated in France, where it was primarily used as part of France’s famous Bordeaux blend red wine (along with Cabernet Sauvignon and Cabernet Franc). As Bordeaux wine gained popularity in the United States, winemakers in California began experimenting with producing wines that were 100% Merlot. The wine was a hit. Its approachability and smooth texture were popular among Americans.

Today, Merlot wine is produced around the world. Warmer climate Merlots, such as those from California, Chile, and Australia, have riper, fruitier flavor. By contrast, Merlots from France and Italy may show higher tannins and earthier flavor.

How do I buy Merlot?

First, decide whether you would prefer a wine that is fruitier or earthier. For fruiter styles, purchase a wine from California or Australia. For earthier, stick to France and Italy.

Expect to pay $10-$15 for a value bottle of Merlot. Higher overall quality can be found by moving up to the $20-$25 per bottle range, and up. Here are some great suggestions from our wine catalog to get you started.

This unique dessert will impress your guests (if you decide to share!). The Merlot chocolate frosting is rich and irresistible. Merlot Chocolate Cupcakes 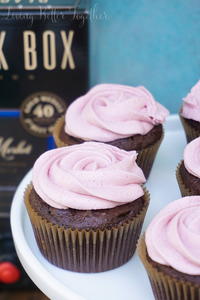 Do you love Merlot? Or hate it? Tell us in the comments below. 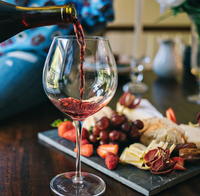 The Brancott Sauvignon Blanc 2015 is a lively and bright white wine from Marlborough, New Zealand. Taking a sip of this wine will… See more