What is Cabernet Sauvignon?

This grape is having a great solo career. 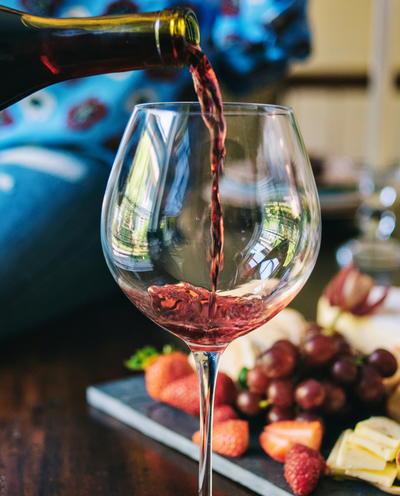 What is Cabernet Sauvignon
This image courtesy of thewinebuyingguide.com

Cabernet Sauvignon wine is bold in almost every way. It is a full-bodied red wine with strong tannins. The fruit flavors are complex, the finish goes on forever, and it pairs best with a thick-cut, dry-aged ribeye steak. It’s the most popular red wine in the world, and it came to prominence by knocking out all of its competing wines in a blind tasting competition in the 1970’s. Bold? Bold.

Between this wine’s history and flavor, there’s a lot to recommend upstart-turned-titan Cabernet Sauvignon.

Bordeaux wine is one of the most famous wines in the world. It’s highly coveted, often very expensive, and makes its way into popular culture as a mark of sophistication and class. So, exactly what is Bordeaux wine? What is Bordeaux Wine? 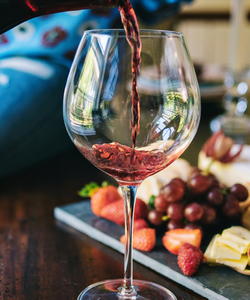 Where does Cabernet Sauvignon come from?

The Cabernet Sauvignon grape was first grown in France; it is a cross between the Cabernet Franc and the Sauvignon Blanc grape. Its thick skin and hardiness (i.e. it was less likely to die on the vine, leaving a winemaker with no grapes or money) led to its initial popularity among French winemakers. It was then discovered that the wine’s strong tannins and affinity for oak aging made it an exceptional addition to Bordeaux blends.

Cabernet Sauvignon is now grown all over the world, but it has found a special home in California. It was first grown in the U.S. state because of its popularity in the Bordeaux blend. California winemakers experimented with producing wines that were 75-100% Cabernet Sauvignon. The experiment was, and still is, a wild success.

Cabernet Sauvignon is also grown in other wine regions around the world, and the wines have their own variations in style and flavor.

What is the Judgment of Paris?

Remember bold Cabernet Sauvignon? When California Cabernet Sauvignon wines were first being produced, it was unclear how they would compare to the top Bordeaux blends from France. That changed at the Paris Wine Tasting of 1976, which is now known as the “Judgment of Paris.”

In a blind taste test, a California Cabernet Sauvignon from Stag’s Leap Wine Cellars was ranked higher than all of its French Bordeaux competitors. This result shocked many in the wine community, even resulting in a repeat test two years later. Stag’s Leap again took home the top prize.

The tasting competition earned itself a catchy nickname, and California Cabs skyrocketed into fame.

The most noticeable thing about Cabernet Sauvignon taste is its tannin level. Tannins in a wine make your mouth feel dry, like sipping strong black tea. These strong tannins make Cabernet Sauvignon a great wine to pair with rich, fatty foods like steak or beef burgers. The tannins cut through the richness for a sublime pairing.

The flavors in Cabernet Sauvignon are complex, with prominent flavors of blackcurrant (a.k.a. cassis), black cherry, and green pepper. The wine is also full-bodied and usually high in alcohol.

How do I buy Cabernet Sauvignon?

Cabernet Sauvignon is very easy to get your hands on. It is also available at a variety of price points, so anyone can find something in their budget. You can find a handful of great value Cabernet Sauvignon wines for under $15 per bottle, with a lot of quality to be found in the $15-$25 range. Consider buying some wines from less trendy regions, such as Chile, Washington state, or even Israel, for a good value.

Cabernet Sauvignon wines can cost $100-$200 per bottle, or more, for top quality wines from in-demand regions.

Here are some great suggestions at every budget from our wine catalog.

Great food and wine pairings make both the food and the wine taste better. Learn how to play matchmaker and have a fantastic dinner tonight! Food and Wine Pairing 101 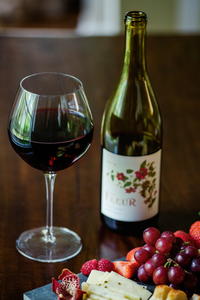 Do you have a favorite Cabernet Sauvignon wine? Give us your recommendations in the comments below! 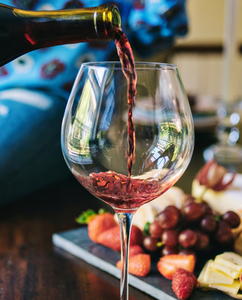 What is Cabernet Sauvignon?

I like the Noble Vines 337 Lodi Cabernet Sauvignon! It's the first red wine I really liked and it's reasonably priced and pretty easy to find.

The Pendulum Red Blend 2015 is an expressive red wine from the Columbia Valley. You'll love the artistic aromas and flavors of this… See more